Jack's First Day of Kindergarten
It's been a couple of weeks since the last post.  Which is normal.
Usually it's because I'm either too busy or too lazy to post something.
But I have been dreading this post.
Because it would mean it's real.
Jack is really in kindergarten.
In fact, he's in his 7th week of kindergarten.
(which means it's almost time for Summer break, right?) 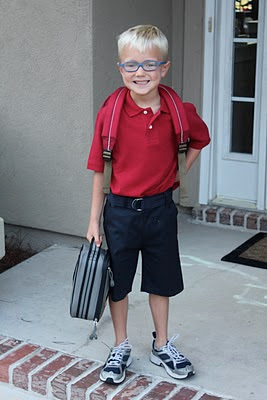 The first day started off well.  Uniform was laid out.  Lunchbox was packed.  Jack was happy.  Everyone was excited.  I mean, what's the big deal? 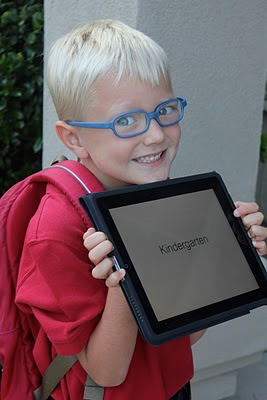 We pulled into the school.  All was well.  Jack still wanted something to do with us.  He even held John's hand. 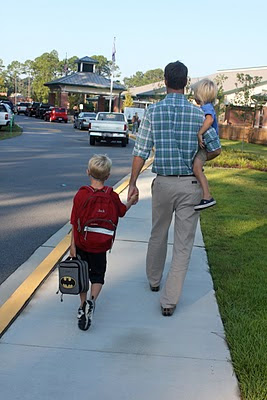 And then we came to the hallway of strangers....most likely ill intentioned youngsters waiting to ruin my perfect little boy with their glue eating ways. 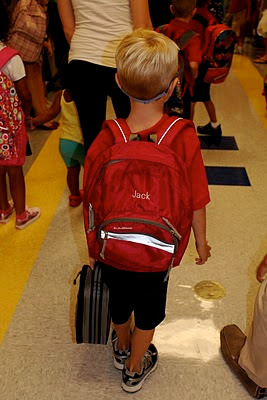 At this point, Jack was still excited, but he definitely had his game face on.
I on the other hand was wondering when they started letting zygotes attend kindergarten?
Because that's what he was just yesterday, right? 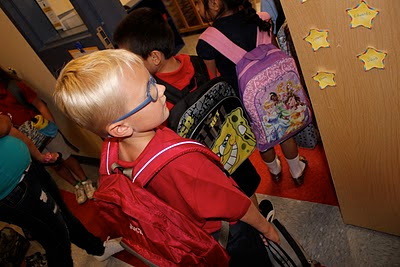 Jack got his name tag happily and marched right in.
No one else remembers, but at this point, he turned around and said I was the best Mom ever and that no teacher could ever teach him as much as I had in his 5 short years and that he would need me forever and that he can't wait until school lets out so we can hang out again and that if he said he liked school it was really just a lie so that I wouldn't be upset because he could never like anything unless I was there.
Really.  It happened.  Just no one else saw it.  Or heard it.
I also thought to ask his teacher if there were any "Child Left Behind" programs that we could volunteer Jack for so that he could just chill at home...for the sake of the budget cuts, of course.
But there were no such programs. 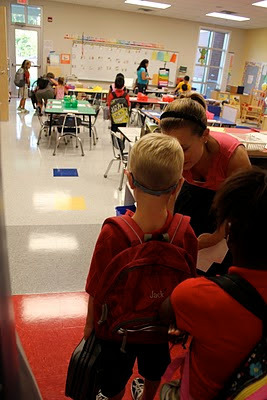 Before leaving my infant son in his unsafe kindergarten seat that didn't have a seatbelt on it, we posed for a family photo to mark the occasion. 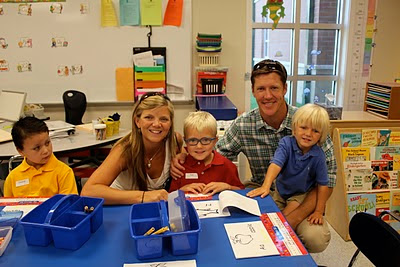 Jack went right to work, coloring like a maniac. 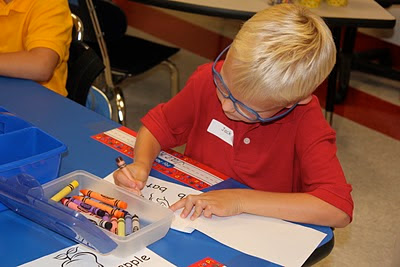 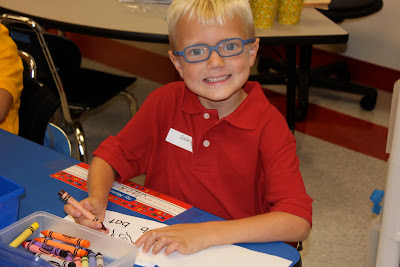 Then the unthinkable happened.
Little Finley (who thankfully has 17 years before he starts kindergarten), climbed out of his Dad's arms and said he wanted to say goodbye to his brother.
The same brother he had just told "I'm glad you're going to school." 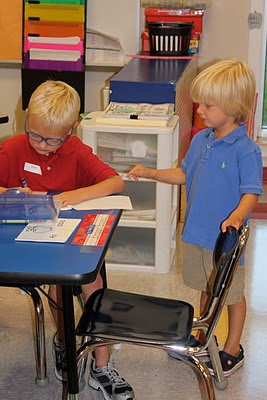 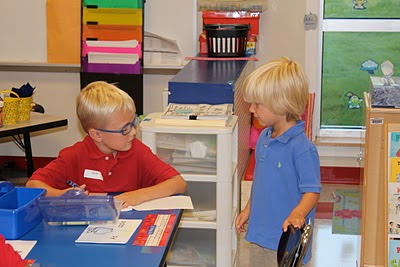 The coloring pages were too much to fully leave, so a side hug would have to do. 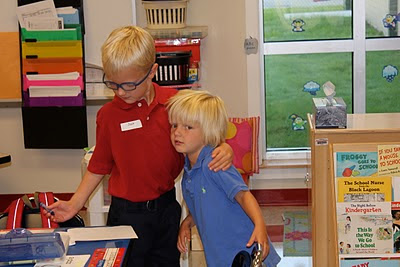 And that's when Michael C. Riley was christened with a melt down of Old Testament proportions.
I tore my clothes, put ash on my head and adorned a sack cloth (that I had packed just in case things got ugly. Which they did.)
Maybe it was the pregnancy hormones.
Or the fact that we left with only one boy in tow.
Or the fact that I had no idea what to do with just one boy in tow.
Don't the Scriptures read that two are better than one?  Surely that can't just mean any two.  I'm pretty sure it means two sons at home are better than one son at home.
So, really...Jack is loving Kindergarten.  He loves his teacher.  And his friends.  And his lunchbox.  And his reading group.  And dance, music, art, PE, and earning "Eagle Eyes."
We can't say a bad thing about it.
Except that it's a long day.
For us.
Babies don't keep, y'all.